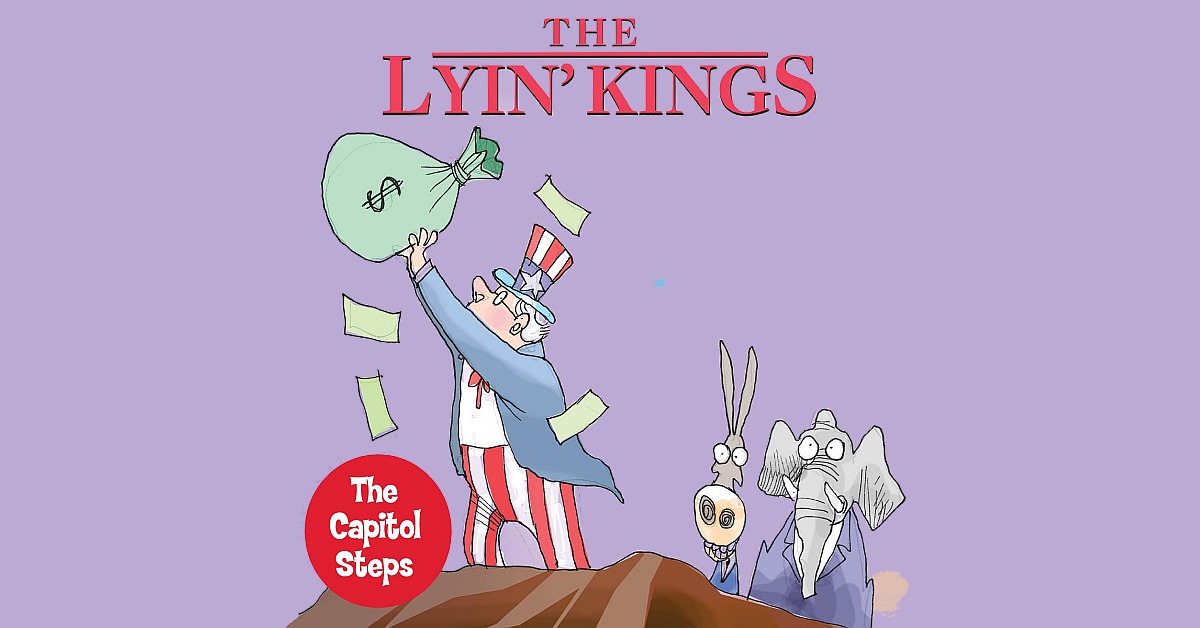 Originally, a group of Senate staffers was planning a show for a Christmas party in 1981. Their first idea was to stage a nativity play, but in the whole Congress, they couldn't find three wise men or a virgin. So they decided to dig into the headlines of the day and created song parodies and skits which conveyed a special brand of satirical humor.  They adopted their name from a 1981 political scandal in which Representative John Jenrette allegedly had relations with his wife on the steps of the U.S. Capitol building.

Today, a formidable group of comedian-singers of the updated group carry on the tradition that was begin 35 years ago. Traditionally, no matter who or what is in the headlines, the Capitol Steps tackles both sides of the political spectrum and all things equally foolish.

They've unleashed 32 albums to-date, including 2016's "What To Expect When You're Electing (‘we weren't expecting this!')" and the soon-to-be released "Orange Is The New Barack."

The troupe has been featured on NBC, ABC, and CBS, tackling the foibles of elected officials through skit and song, transmuting scandals and shortcomings into pure laughter. Every year, the troupe also appears on multiple NPR stations nationwide during their "Politics Takes a Holiday" specials.

Although the Capitol Steps are based in Washington, DC, most of their shows are out-of-town at 1000-1500 seat theatres from Seattle to Boston and every city in between. They have also performed for the last five Presidents, but not yet for President Trump.